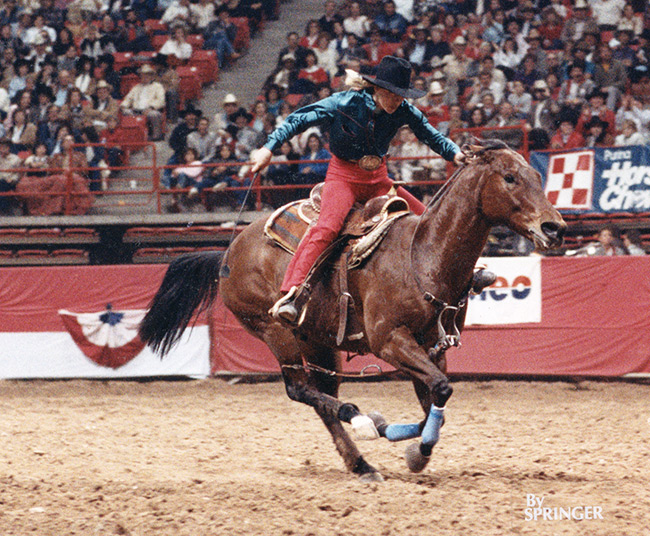 “What a gift he was… It’s sad that he is gone but, what life he had. It’s something to be celebrated.”  – Charmayne James 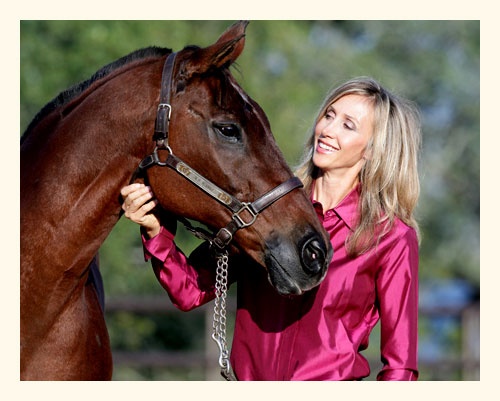 “The gelding dominated barrel racing for a decade and without a doubt is the best known and most successful barrel horse that ever lived.” – Pro Rodeo Hall of Fame 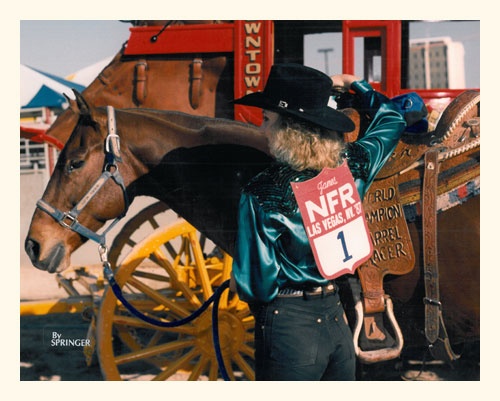 Purchased for $1,100 by owner/rider Charmayne James, “Scamper” began his record-setting career as a rookie in 1984. He took James past the $1 million earnings mark and to 10 world championships from 1984-93. Five-time AQHA/WPRA Barrel Horse of the Year, Scamper also won the prestigious 1992 AQHA Silver Spur Award reserved for Quarter Horses that bring special notice and fame to the breed.

The barrel horse world has lost it’s most dearest legend. The press release from Charmayne James’s website states: Gills Bay Boy, known as “Scamper,” passed away peacefully to greener pastures on the morning of July 4, 2012. Perhaps appropriately, he chose the date of a joyous holiday to leave this earth—a day of celebration fit for the life of a horse that was, in and of himself, a gift. Foaled in 1977, Scamper was one of the most iconic figures in the equine industry, dominating the barrel racing ranks from the early 1980s until his retirement in 1993. The gelded son of Gills Sonny Boy out of the mare Drapers Jay was in good health to the end, immaculately cared for by his constant companion Charmayne James.

“What a gift he was,” says James. “It’s sad that he is gone but what life he had. It’s something to be celebrated.”

Adjectives fall short to describe Scamper’s iconic career but amazing, incredible and stoic all come to mind. Scamper is easily defined by his performance record, which was perfect. Achieving 10 world championships in the Women’s Professional Rodeo Association, he teamed with James to earn National Finals Rodeo average titles in 1984, 1986, 1987, 1989, 1990 and 1993. The duo won an incredible ten Rodeo Houston titles and countless circuit and major rodeo championships on their way to earnings of well over $1 million.

Together Scamper and Charmayne defined an era in rodeo and their famous round-winning bridleless ride perhaps best epitomizes the relationship between horse and rider; a one-in-a-million partnership that was loyal and true to the end. Defying all odds, the unassuming bay raced his way into the hearts of millions, taking a shy ranch girl from Clayton, N.M. with him. From feedlot pony to equine legend, Scamper’s conformation, attitude and mental and physical toughness endeared him to the public. His smooth-as-glass style coupled with great speed made him a formidable horse for the competition to face.

Scamper was 35 when he was laid to rest at the ranch in Boerne, Texas. He transformed the barrel horse world and will be greatly missed.

VIDEO: Here is Charmayne talking about her memorable bridleless run made at the NFR.