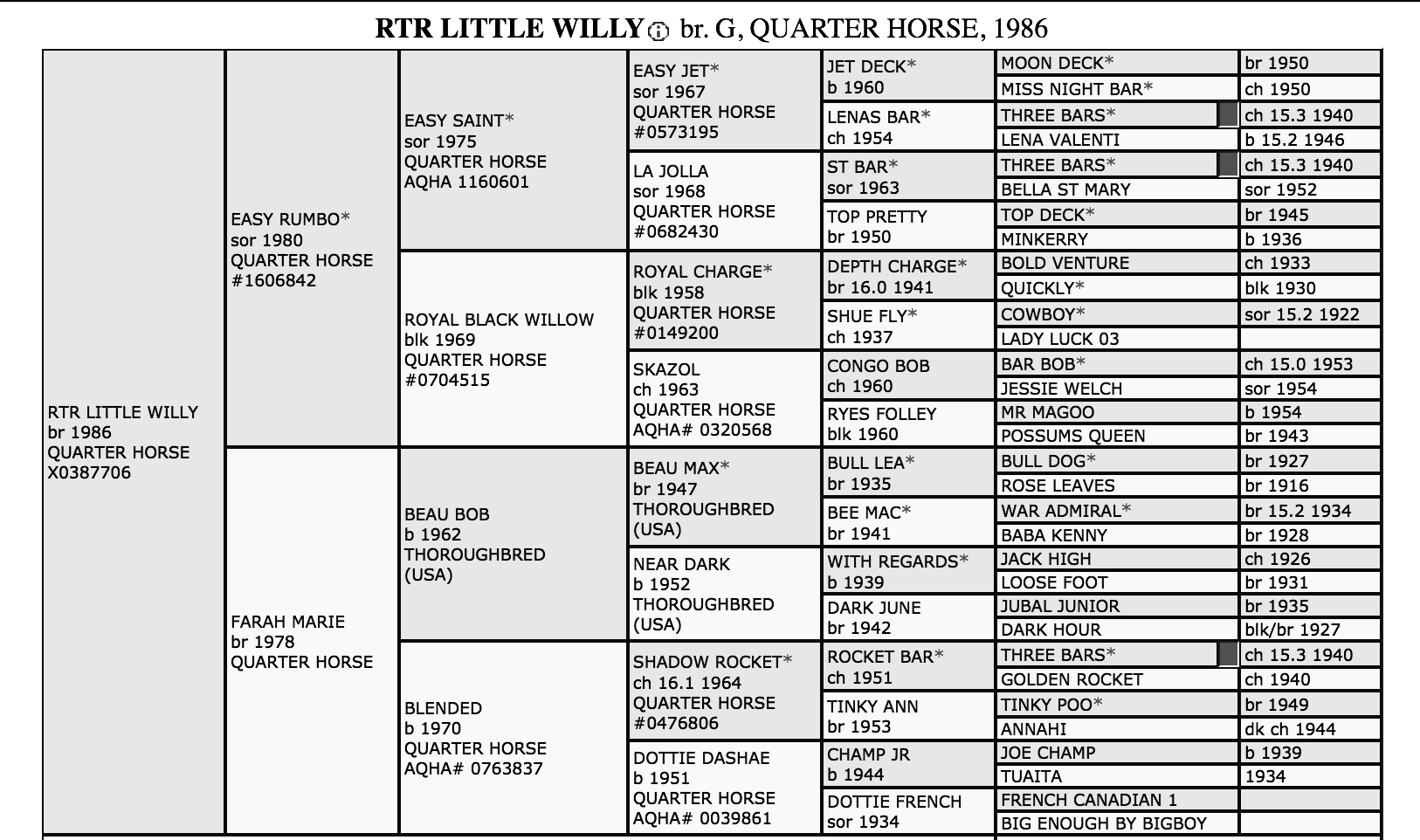 “A horse at that level knows when it’s time to perform and do their job,” said Branquinho, who won the River City Roundup in Omaha, Neb., aboard Willy. “That’s why these horses win Horse of the Year because they know when it’s game time.” 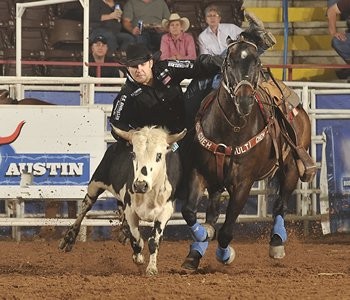 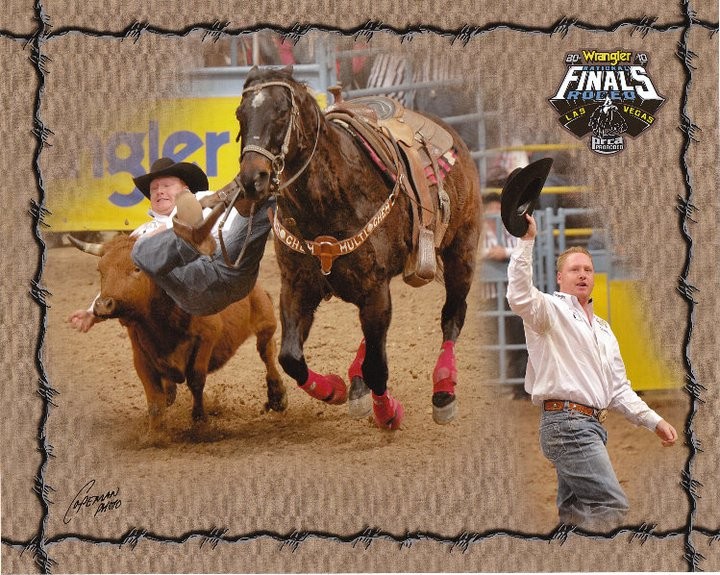 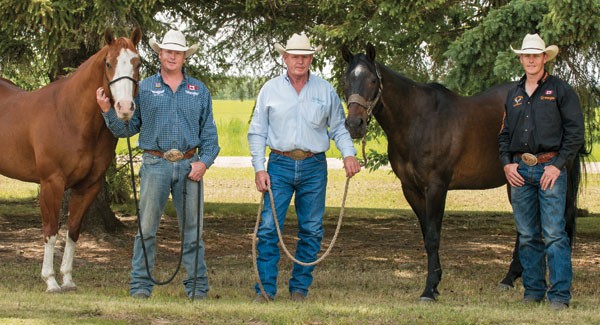 “It’s now been a decade since he retired, but watching his boys achieving their rodeo goals has been really special, especially when a practice horse named RTR Little Willy a.k.a Willy, was starting to shine on the world’s stage.”

Someone in the Cassidy clan knows a thing or two about horses, but Greg humbly says, “We had no idea that he was going to turn into anything.” What Greg saw at the time was a skinny Easy Jet bred 3-year-old race horse at the Lethbridge track.

“He was just one of those horses that just kept on getting better and better. Once we started to use him as a rodeo horse, that’s when he really started to blossom.”

Willy is known as one of the greatest steer wrestling horses of all time and won close to $3 million throughout his career. Four different World Champions won their title riding Willy. When he retired in 2011, he had claimed six Canadian Pro Rodeo Horse of the Year awards, and the Professional Rodeo Cowboys Association and American Quarter Horse Association Horse of the Year titles in 2008. Now 29, the retired champ still has a shiny coat, a spark in his eye and a spring in his step.”

Willy’s taken three men to World Steer Wrestling titles over the years and has helped cowboys win more than $2.5 million.

Horses are a big part of rodeo. And one event where the equine part of the equation is sometimes less celebrated is the steer wrestling. Not every steer wrestler/bull dogger rides his own horse in competition. Instead, in effect he ‘leases’ a mount in return for a portion of the prize money.

Greg is the only cowboy ever to win the $50,000 at the Calgary Stampede in two different events (steer wrestling twice and tie-down roping once). He and sons Curtis and Cody train and haul three different steer wrestling teams to rodeos. As in previous years, the Cassidy horses are in demand at the Stampede, none more so than a gelding named “Willy”.

Willy, one of the family

“My Dad bought Willy as a bulldogging prospect 19 years ago,” says Greg, “when he was just three. He’s running bred – a grandson of Easy Jet.”

An appendix gelding (half quarter horse/half thoroughbred), Willy’s taken three men to World Steer Wrestling titles over the years and has helped cowboys win over $2.5 million.

Because the gelding is getting on in years, the Cassidy’s now put him to work in a more limited fashion. They also have other very solid horses in their string, including Wrangler, Magnum and Deuce.

Seven of the ten men in Pool A at this year’s Stampede rode a Cassidy horse in the steer wrestling. Three more competitors in Pool B are mounted on Willy.

Not bad when you learn that the Cassidys get paid 25% of the purse if cowboys win or place while riding one of their horses.

Not a Get Rich Quick Scheme

But before you get to thinking that the family is getting rich, you have to do the math and look at the odds – taking into account that most rodeos don’t pay out anywhere near the purses offered at the Calgary Stampede. As Greg says, “If 150 guys are entered in a rodeo and only 8 or 10 are paid, it’s not great odds that we’ll make a lot of money.” In addition, there are farrier and vet costs.

While listening to Greg talk about his horses, it’s obvious that a love of rodeo and the horses themselves is front and center of the Cassidy program. Willy, for example, is almost one of the family.

“When we look for a steer wrestling prospect, we look first to see if the horse is bred to run, then if he’s built right. Next we see if he can handle the pressure of the event.”

Greg goes on to say, “I usually rope on the prospects first, then Curtis and Cody will start training them to ‘run steers’.”

Similar to making a rope or barrel horse, it takes considerable time (often years) to go from the prospect stage to a seasoned, solid rodeo horse. With ranching and back grounding cattle the main livelihood for the Cassidy family, turning out steer wrestling horses fits well into their program.

A horse like Willy comes along once in a lifetime… or does he?

The Cassidys are looking into cloning the greatest steer wrestling horse that’s ever come out of Canada at a cost of between $150,000 and $180,000. Ask any of the steer wrestlers who’ve made money on Willy – they’ll probably say he’s worth it!” 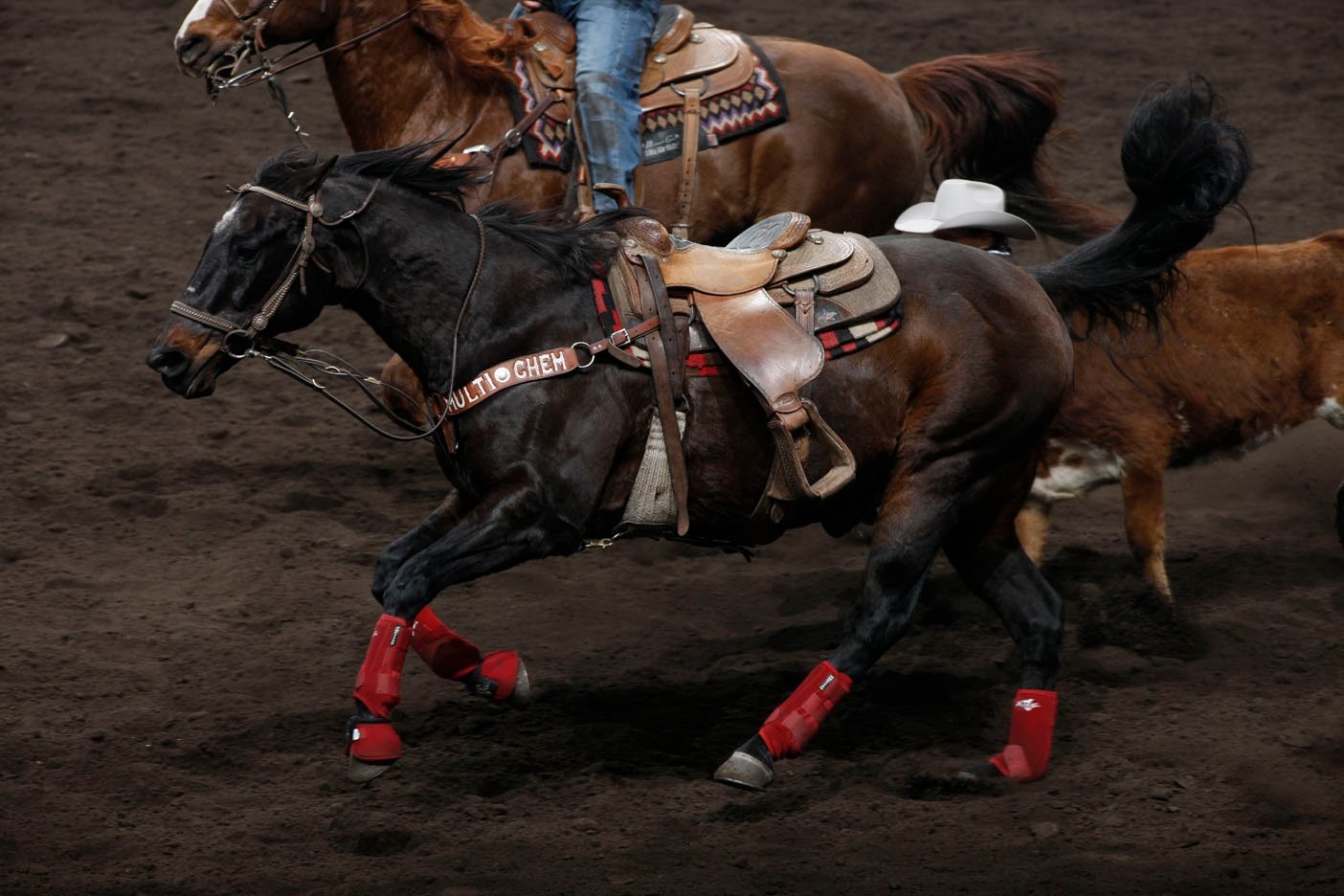