“He’s a horse that allows you no mistakes. If you ride him, you’ll be in the money everytime.” – Casey Tibbs 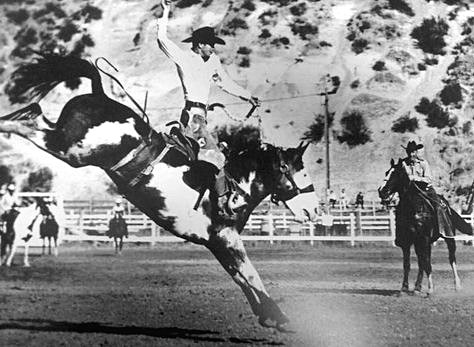 “He was a beloved horse… Announcers loved to call his name and, he even received fan mail.”

“Over the course of a career that lasted nearly two decades before being retired in 1966, War Paint had nearly a 90-percent buck–off rate.”

WAR PAINT was born on the Klamath Indian Reservation in Oregon and raised by an Indian who bred bucking horses named, Orie Sommers, and became the greatest saddle bronc horse of his generation.

As part of the Christensen Brothers string, War Paint was voted the PRCA Bucking Horse of the Year in each of the first three years the honor was bestowed. He wont it outright in 1956-57 and shared the award with Harry Knight’s Joker in 1958.

In his one appearance at the NFR at the first-ever Finals in 1959, War Paint was ridden by Jim Tescher and Les Johnson, helping them to finish 1-2 in the average race. 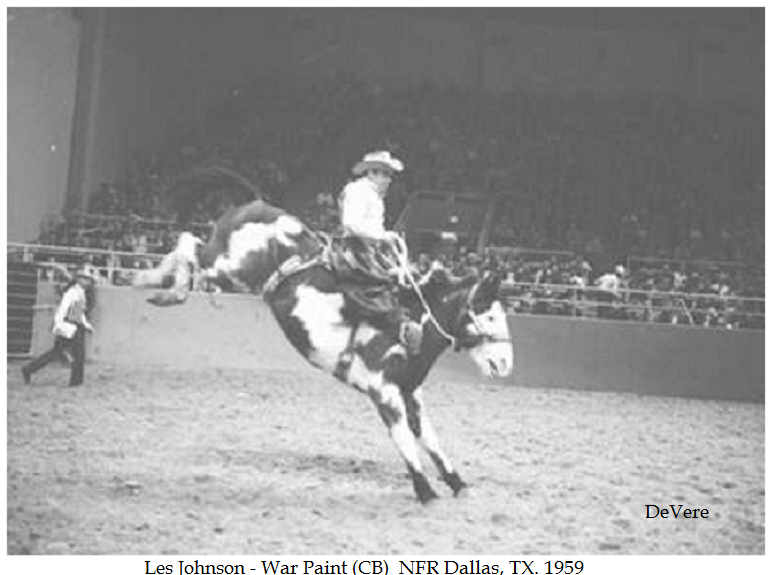 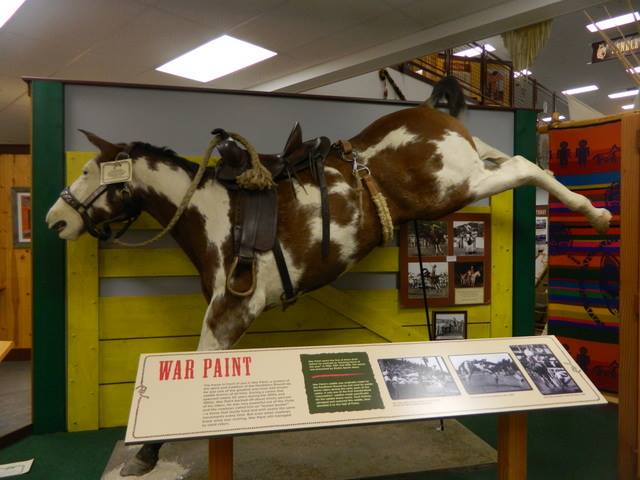 WAR PAINT died October 1975 and a taxidermist preserved him for display at the Pendleton (Ore.) Round-Up Museum.